CHOC A BLOCK: Short courses to turn you into a Choc Doc (well, sort of). Another early morning but this 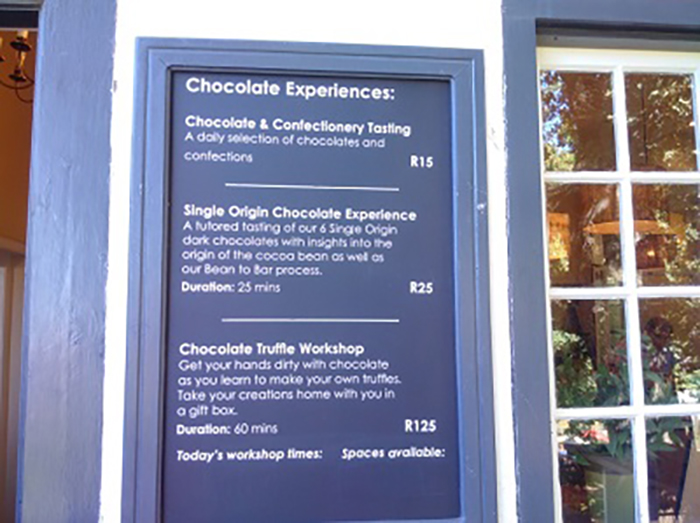 CHOC A BLOCK: Short courses to turn you into a Choc Doc (well, sort of).

Another early morning but this time S and I had a definite plan.  During our visit to Fairview yesterday, our waitress recommended we visit the Spice Route, which is about 2km away.

Another must do in Paarl.  Problem is, there’s just too much to do there – you need to budget for at least three hours. 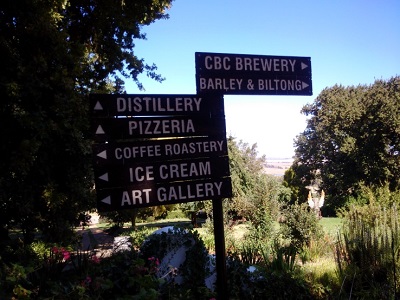 SEE WHAT I MEAN? Spoilt for choice – lots to do on the Spice Route.

Just after we arrived and realised our conundrum – S and I gave it some thought over an ice-cream – creamy caramel. Fortified, we jumped straight into De Villiers Artisan Chocolate, a family run business and the first South African company to manufacture chocolate from “bean to bar.” 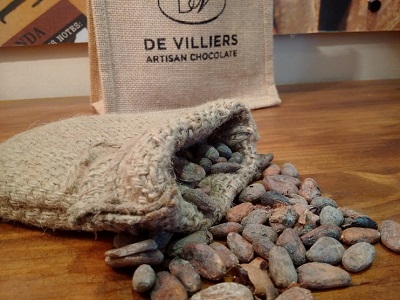 ALL IN THE FAMILY: The de Villiers family started their successful business in their garage!

I’m not a chocolate connoisseur – I like dark chocolate but that’s where my knowledge ends.  For people exactly like me, De Villiers offers three types of chocolate experiences.

I chose the Single Origin Chocolate Experience (another steal at R25) and S decided on the basic Confectionary and Chocolate Tasting (might as well be free at R15).

Ran out of time, so did quick glances at the craft beer section but ordered a takeaway pizza at La Grapparia before bowling off to fetch the golfers.  But just had to share the view from the Spice Route. 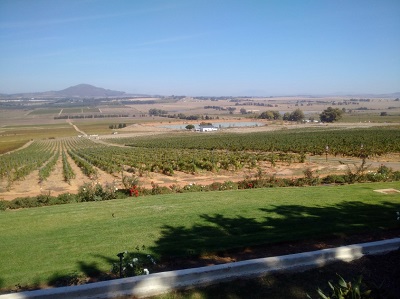 HARD TO BEAT: View from the deck of La Grapparia at the Spice Route

Then decided to march on to Kirstenbosch Gardens, about 60kms from Paarl – didn’t want to waste the hours.  Last went there when I was in primary school.  Another steal at R50 for adults and R10 for scholars.  We only had an hour or so, so chose to start right at the top with Fynbos Walk (fantastic views of Cape Town if you put some woema and get up the hill) and then snaked our way down through the Medicinal Plants and Fragrance Garden.  Snapped a few pics, but this is my favourite: 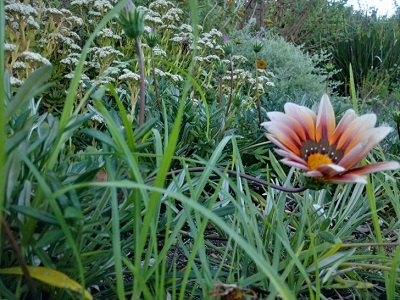 EYECATCHING: That’s for sure!

Even more spectacular is the pic of me taking this pic, an artist at work … clearly! 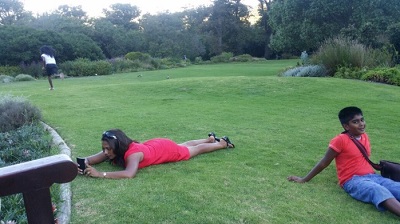 STRIKE A POSE:  The photographer can too, you know!

Couldn’t just leave it at that – had to take the kids to see the infamous Rhodes Memorial at UCT.  All boarded up so we couldn’t glimpse Mr Rhodes himself, but here’s something you have to see … 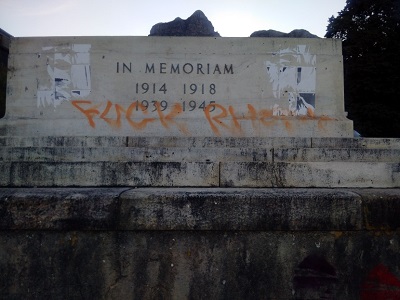 POINT MADE: You think?

Quick stop at the One and Only – wanted the folks to have a look at the spectacular bar and then a short drive down the road to the V and A Waterfront for sushi at Cape Town Fish Market … where else?

Tomorrow? We’re thinking Cape Point.  Will let you know how that pans out.

This is my first blogging experience.

Please send your comments to: